James has a dedicated life of education, service and leadership in the multi-disabilities and human services arena. A graduate of the University of Texas with a major in sociology, he furthered his education at Southern Illinois University and Purdue University with studies in affirmative action, multi-disabilities in the workplace, and business as it relates to individuals with multi-disabilities. James has held leadership positions at Marbridge since 2002, both as the VP of Operations and now as President. Working with Board of Directors and top level foundations from around the country, James and his team have raised more than $30M over the course of his leadership and service to Marbridge.  He brings a strong background in financial planning and organizational skills, having held positions such as Director of Commercial Sales at McCoy’s Corporation, Vice President at Vaughan & Sons and Stripling Blake Lumber Company, as well as Director of Long Term Care with Texas Department of Human Services. He presides over 240 residents, 200 plus employees and 200 volunteers as working alongside an active Board of Directors, to promote and maintain the values that uphold the mission of Marbridge. Scott’s background and service providing care, direction, and leadership spans the course of his adult life.  His education includes a degree in psychology from the University of Maine and an MBA from the University of New Orleans. Scott’s incredible resume serving the adult population of adults with varying abilities is extensive. His professional career as a psychiatric counselor at River Oaks Psychiatric Hospital in New Orleans led to his move to become the CEO of CPC Coliseum Medical Center, Assistant Managing Director of River Oaks Hospital. He later moved to Austin to assume the CEO position at Meridell Achievement Center. Prior to joining Marbridge in 2004, Scott was Program Manager for Empowerment Options, a home and community services company providing residential alternatives to people with intellectual disabilities. In 2019, Scott was reappointed to the Texas Council for Developmental Disabilities. He was reappointed in 2016 by Governor Greg Abbott. Scott is responsible for programs, facilities, construction, land usage and business development. Scott also serves on the board of the national advocacy group Together for Choice. With a relationship-focused approach to fundraising, Becca’s extensive experience in working for a residential setting, along with experience in fundraising for mental health, seniors, and adults with disabilities, allows for a great fit into the Marbridge mission. Becca has proven fundraising experience in major, planned, capital, annual, and endowment building with thirteen-years of fundraising leadership. Now in her second year at Marbridge, Becca’s development team assisted in the final year of a $7+ million capital campaign to complete The Lodges at The Ranch, a successful Stock the Lodges campaign, and kicked off The Creed Ford III Therapeutic Riding Ranch capital campaign for $3-million. Prior to joining Marbridge, Becca was the Director of Development at Family Eldercare in Austin, TX raising funds for services supporting 5,700 seniors and adults with disabilities. Previously, she led a team of fundraising professionals at Marillac in Overland Park, KS where she helped to lead a capital campaign of over $8 million, increased general donations, and implemented a defined giving program with high-wealth supports. The passion for fundraising began as she started her career at Methodist Children’s Home, over 18 years ago, while she was attending Baylor University for her undergraduate and Master’s. At Methodist Children’s Home, Becca developed skills and a passion for working with amazing residents, major donors, capital improvement, general operating support, and building on a $450 million+ endowment. Chris is thrilled to be at Marbridge after almost thirty years in for profit finance and accounting. He came to Austin over twenty-five years ago, from New York via California, to become a Longhorn and get his MBA, graduating with honors and moving to Dallas to work for PriceWaterhouseCoopers. He returned to Austin three years later as Controller for a medium-sized life insurance company and, fortunately, has been in Austin ever since. He has worked as Controller for a dot com in the heyday, Chief Financial Officer for a successor dot com and Chief Financial Officer for a chemicals company, primarily serving the U.S. oil and gas economy, experiencing boom times and bust times. He also purchased, merged, un-merged and sold his own CPA practice, consulting with hundreds of small and medium businesses over those dozen years, from retailers to technology manufacturers to non-profit associations. His experience in regulatory compliance, strategic planning, financial leadership and serving others provides Marbridge a strong steward for its assets, especially its residents. Director of The Village

From Breckenridge, Texas, Will has his BA in Gerontology from Stephen F. Austin State University. Before joining Marbridge in October, 2000, he was Admissions and Marketing Director & Human Resources Director for Fountain View, Inc., a skilled nursing facility, and Assisted Living Manager for HCR-Manor Care, an assisted living and skilled nursing facility. At Marbridge, Will served as Director of Admissions for 11 years before assuming the role of Director of The Village. Will brings a genuine compassion to his job. He sincerely cares about the families who come to Marbridge looking for long-term care for a loved one with special needs. Will also genuinely cares for the adults that he places in our care, and he strives to make sure that Marbridge is the best match for them. Few can equal his boundless enthusiasm for Marbridge. Will is a true believer in our mission, and he strives to live our mission. Outside of work, Will enjoys gourmet cuisine, basketball, football, and his collection of blues records. Jenna began with Marbridge Foundation in 2013 as an Admission’s Assistant. She has also served Marbridge as the Villa Community Liaison and the Assistant Director of the Village. Jenna holds a degree in Elementary Education with a specialization in Reading Intervention, and has always been an advocate for individuals with intellectual disabilities.  She has a background in Marketing, Public Relations, and event planning. Jenna enjoys hearing family stories and teaching potential Marbridge families about all that Marbridge has to offer. Jana spent 12 years in corporate training and development where she, hired and trained managers, wrote training programs, developed training teams, planned and facilitated all aspects of manager and director level team building workshops and focused on day to day operations.

Jana was recruited in 2002 to turnaround the existing training and education department and develop the cornerstone training program, Abilities Centered Training, (ACT).
ACT was modeled after the Theory of Multiple Intelligences based on work by Dr. Howard Gardner. She loves seeing the residents try new things for the first time whether it is harvesting their first vegetables from the garden or trying a new sport.

In her early years at Marbridge, she managed summer camp and the volunteer program which included growth from 50 active volunteers to over 250 active volunteers. Jana has always been an advocate for resident health and wellness and continues to focus on those goals today.

In 2006, Jana created the Marbridge Equine Therapy & Riding program with three rescue horses and ten residents. Today the program serves over 75 residents and 72 summer campers. Jana says, “seeing the completion of the Creed Ford III Therapeutic Riding Ranch, will be one of the highlights of my career.” Creed was a great friend, mentor and supporter of the program from its inception. Director of The Ranch

Prior to his position at Marbridge, Marcus was an Assisted Living Facility Director for Sodalis in New Braunfels, TX. Marcus is a Certified Therapeutic Recreation Specialist (CTRS). He is a graduate of Texas State University where he received a B.S. in Recreation Administration/Therapeutic Recreation.  He also received a M.S. in Dementia and Aging Studies at Texas State. Marcus has interned at San Diego Adaptive Sports, volunteered as a Special Olympic coach, and volunteered at the Rosedale Special Needs School in Austin. He is passionate about working with vulnerable populations and enthusiastic about providing enriching and productive experiences for the residents he serves.  We are excited to welcome Marcus to the Marbridge Team! Administrator of The Villa

Born in Washington DC, Duncan moved to North Carolina as a teenager where he first realized his passion for long-term care as he assisted his family throughout the care of his grandmother who lived in a skilled nursing facility. This experience led him to pursue a degree in Social Work at North Carolina State University. Upon completion, Duncan worked at and with multiple long-term care facilities and at Duke University Hospice where he directed the PARTners Program providing Hospice care to persons in nursing homes and other congregate care homes.

Duncan moved to Austin in 2005 where he continued his studies, graduating with a master’s degree from Texas State University in Dementia and Aging Studies and Long-Term Care Administration. Duncan is continuing his studies in a post graduate program through Trinity University in Dublin in the Aging, Health and Wellbeing in intellectual disability. Duncan draws from his experiences Hospice as well as long term care to provide leadership focused on enhancing quality of life. Duncan brings to The Villa a commitment to culture change and a focus on quality clinical care and quality of life for residents.

He and his wife, Michelle, a Palliative Care Nurse Practitioner, share a love of the Austin music scene and travel. Duncan and Michelle share their home with their dogs Luke and Rey who visit Marbridge frequently, helping to ensure things run smoothly while providing cuddles and companionship to the residents of The Villa. Michael brings extensive experience in facilities maintenance and construction management to his position as Director of Facilities. His prior experience includes maintenance of retail and kitchen facilities for a national seller of nutritious ready-to-eat meals as well as supervisory experience with the Texas Facilities Commission. Michael also brings purchasing and estimating experience gained with a national home construction company. He has managed multiple million dollar projects, with responsibility for organizing and implementing all aspects of the projects, including marketing and accounting. He holds a Bachelor of Science in Political Science from Texas A&M University and an Associate of Arts from Wharton County Junior College in Wharton, Texas. Michael is a native of Rosenburg, Texas. He and his family have resided in Austin since 2002. Prior to joining the Marbridge family, Michelle provided accounting support services for over 10 years at a state-funded facility for individuals with intellectual and developmental disabilities. She received her Bachelor’s degree at Texas A&M Commerce in business focusing on accounting and is currently working towards her MBA. Michelle comes to Marbridge with over 20 years of experience serving in various accounting roles for government, state, and private entities. Marbridge is her first non-profit experience to date. Michelle truly values engaging with residents and providing support to further the Marbridge mission. She looks forward to promoting the core values which make Marbridge such a unique and special place to live. Megan was born and raised in Oklahoma, where she attended Oklahoma State University. She graduated with a Bachelor of Science in Leisure Studies and is a Certified Therapeutic Recreation Specialist (CTRS).  After completing an internship in New York at The Children’s Village, she moved back to Oklahoma to begin working with developmentally and intellectually disabled individuals as a Recreation and Aquatic Therapist. In 2009, she made the move to Texas to continue her work with the population through therapy.

In 2015, Megan joined Marbridge as the Summer Camp Coordinator. She quickly fell in love with Marbridge and knew she had to stay long-term! She moved into the Human Resource department and now has her Professional in Human Resources (PHR) certificate. With over six years of Human Resource experience and a passion for the population, Megan is a natural fit for the Marbridge leadership team. When she isn’t working, she is spending time with her husband, her daughter Lucy, and pound pup Chloe at their home near Seguin, TX. 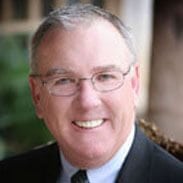 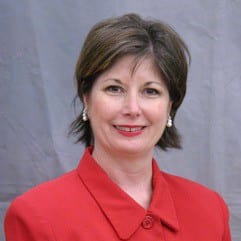 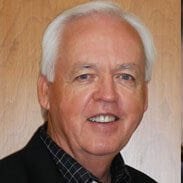 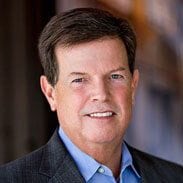 Your gift can provide A Whole New Life.
DONATE